The One Die Short Web Series, currently in production, is based on the comedic webcomic of the same name.  It follows four friends through the mayhem of life, love and roleplaying games.  Enjoy the comic archives above as you count down for the release of Season 1 in January of 2014!  Prepare yourself for awesome, geek overload!

Today, we meet Risa Scott, who will be playing Matilda, the ornery yet loveable half-Demon, drunken monk: 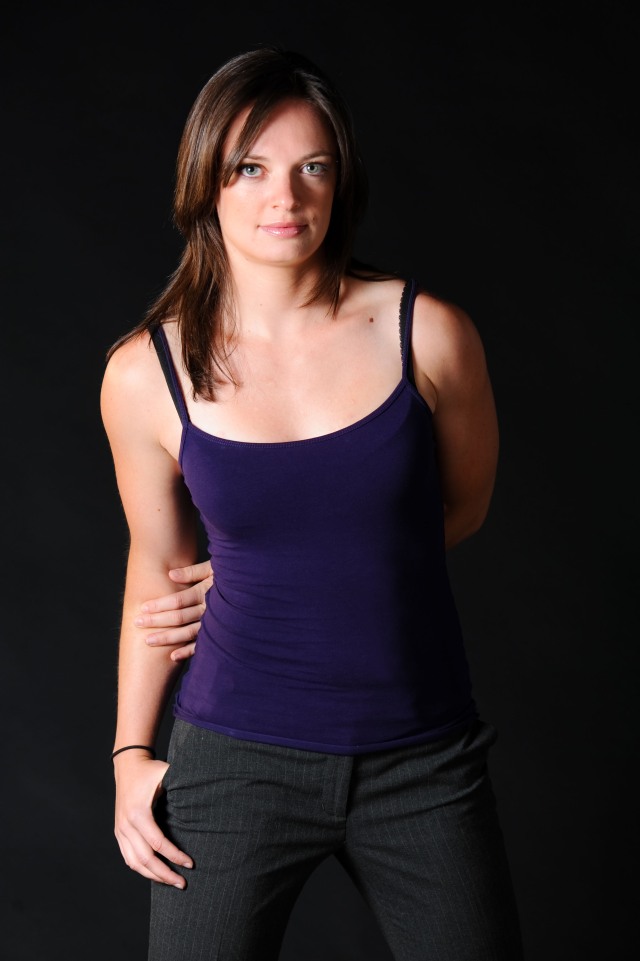 Risa has been acting in Colorado for over 4 years, but her interest in film and television has put her both in front of and behind the camera since high school. She is well versed in stunt work, fight choreography, and everything from riding motorcycles to horses; skills that will allow her to really sell the character of Matilda.

Currently residing in Boulder, Colorado, Risa is inspired by creativity and the outdoors and thrives on motion, play and art. Acting is one of her deepest passions and she strives to put the truth of her experiences and emotion into every role. Her motto is: “Live life every day doing at least one thing that scares you, physically or emotionally.” Through this goal, she has learned to stretch her imagination to learn new skills, as well as the ability to develop an inner life for her characters to help suspend reality for the audience.

Risa has numerous credits in local films including shorts, features, commercials and another web series. She’s appeared on G4’s American Ninja Warrior for two years, and was picked as one of four ladies to compete at the finals in Vegas for ANW4 in 2012. An engineer by day, Risa enjoys rock climbing, mountain biking, motorcycling and cooking. You can also catch her juggling and playing with Legos. She played Magic: The Gathering in high school and college, and is a (not-so-secret) fan of Star Trek: TNG and the number Pi. Because who doesn’t like Pi?